Lowe’s Black Friday and Cyber Monday is a long-awaited event for homeowners that wish to improve their homes. Whether you need power tools for...
Read more
By Kim Martin
November 22, 2021
0
2767

Black Friday shopping has become synonymous with growing your home theater collection without breaking the bank. We love Black Friday movie deals because you can find your favorite shows and films for up to 75% off, as well as stock up on gifts for everyone on your list.
Ahead of Black Friday this year, which is on November 26th, 2021, we are seeing the best 4K and Blu-ray DVD deals on popular television shows and movie series, as well as iconic films and new releases.  Whether you are shopping for Black Friday DVD deals or markdowns on Blu-rays and 4K movies, we’ve rounded up the must-see deals for the season.

With Slickdeals as your guide, you’re never more than one click away from the big savings on 4K and Blu-ray Black Friday movie deals. You can snag these deals now and pat yourself on the back for getting a chunk of your holiday shopping done early—and under budget.

Amazon always has an impressive collection of movies and TV shows in 4K and Blu-ray formats, and many of these are on sale during its Early Black Friday event. While the deals change often, here are the notable titles from the current sale.

Our Favorite Blu-ray and 4K Movie Deals at Walmart

Walmart typically has more DVD deals than the average movie lover knows what to do with. However, the biggest percent of savings is through Walmart’s Black Friday Blu-ray deals. You can find many popular titles under $10 and some with discounts as high as more than 50% off.

Target has released its Black Friday ad scan and we spotted an exciting Buy 2, Get 1 Free on select movies, books and music titles.  Here are some notable sales on popular movie titles, which start on November 21st:

Best Buy released its ad on November 19th, so you can start shopping these 4K Blu-ray deals right now. We spotted some of the best deals on must-watch Blu-ray and 4K movies, with many titles going for just $9.99, such as:

Want to get updates on the latest Black Friday deals for 4K and Blu-ray movies and TV shows? Set up a deal alert to get the best deals delivered to your inbox. 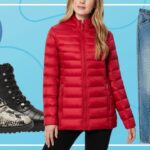