Lowe’s Black Friday and Cyber Monday is a long-awaited event for homeowners that wish to improve their homes. Whether you need power tools for...
Read more
By Slickdeals Staff
November 28, 2022
0
110208

The 2022 Costco Holiday Savings Book is officially here! Costco is hosting online and in-warehouse deals all throughout November, featuring four waves of early holiday savings for everyone – not just Costco members. If you want to keep up with the latest Black Friday & Cyber Monday deals at Costco, add these dates to your calendar:

As always, you can expect amazing deals on Apple products, LED TVs, and kitchen appliances.

Costco warehouses harbor all kinds of products across different categories, such as electronics, food, and jewelry. Although you’ll see deals on all categories and products, Black Friday deals are mostly centered around technology and clothing.

Studying the past Black Friday deals, Costco historically has had the best markdowns in these categories:

Black Friday is a few days away, but Costco’s early holiday savings event is already jam-packed with significant online and in-store discounts for Costco members and non-members alike.

We are currently in the second phase of savings, which will run through Cyber Monday. Tons of deals include free shipping, and you’ll find price cuts on everything from TVs and laptops to appliances and smart home gadgets. Be sure to check out these discounts while you can, then prepare for the next batch that’s expected to arrive on Thanksgiving.

Here are some of our favorite deals from Costco’s early Black Friday event:

Get a head start on your Black Friday Costco trip! These deals won’t activate until Black Friday or later, but there’s a good reason why Costco wants to save the best for last — you’ll have ample opportunity to stack some serious savings on major appliances, laptops, 4K TVs, kitchen gadgets and much, much more!

Costco’s Black Friday laptop sale has a heavy emphasis on versatile midrange machines from Lenovo, Dell and HP, along with gaming-centric brands like MSI.

We haven’t spotted any confirmed MacBook deals just yet, but remember to keep an eye out for Costco’s acclaimed Apple Savings Event — these Apple deals go live on Thanksgiving Day (November 24th) and supplies are limited.

Get Alerts for Black Friday 2022 Costco

Add a Deal Alert for Costco on Slickdeals

When it comes to in-store shopping, there are pros and cons to shopping early on versus shopping during the tail end of the sales season. Thanks to the supply shortages these past few years, going early will be advantageous since the best tech products will be the first to go. Meanwhile, if you shop during the last few days, especially if you wait until Cyber Monday, you will be rewarded with last-minute deals that weren’t available at the start.

Costco online deals go live at midnight (Pacific Time since Costco is a West Coast company) on the 14th. Due to overloaded servers, however, you may not see the deals until an hour or two later.

The most stressful thing about Black Friday is missing out on the most anticipated deals. The best way to get what you want early is to create a profile on the Costco website before the deals come online. Have your address and credit card information on a notes app if you need to copy and paste any information.
Check the website in 10, 15, and 20-minute intervals to check when sold-out items get listed back on. You may also want to check third-party sites that automatically update whenever high-volume products are back in stock.
Sign up for Costco email notifications to receive personalized announcements. The Costco App also alerts you of daily deals, and though you don’t get alerts for specific products that are back in stock, the daily deals alerts contain information for one-day deals on select products.

Do I Need To Be a Costco Member to Shop on Black Friday?

What are more ways to save at Costco on Black Friday?

Shopping at Costco—at least in person—requires a membership. If you splurge on either the Business Executive ($120) or the Gold Star Executive ($120) memberships, you get extra benefits on select Costco services.
Both the Business Executive and the Gold Star Executive memberships provide an annual 2% reward on eligible Costco and Costco travel purchases.
If you aren’t too fond of paying a membership fee, there is a way around it altogether: Costco Cash Cards. A Costco member will have to purchase one for you or re-load an existing gift card, but using one lets you score members-only prices both in-store and online! One drawback? The costs are 5% higher online when you don’t have an actual membership.

Everybody has access to the 2022 Costco Black Friday ad scan, but what makes the Slickdeals experience different is our community of deal experts. Every deal in the Costco ad scan can turn into a deal thread that our community comments and votes on, making it easier for you to distinguish between great and not-so-great Black Friday deals.
To stay on top of the latest Black Friday ad scans for 2022, download the Slickdeals app to get push notifications when your favorite stores release their Black Friday ads. Make your online Black Friday shopping easier this holiday season with our Browser Extension, which lets you see the best coupons and deals as you shop.
Remember to set a Deal Alert for first dibs on the best Black Friday offers. And be sure to check out more great Costco deals every month through our Costco Coupon Book breakdown. 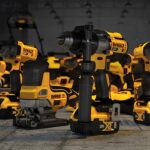 Macy’s Has All the Best Savings This Black Friday Make Yourself at Home with Sam’s Club Black Friday Deals 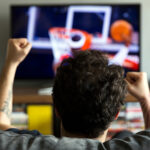 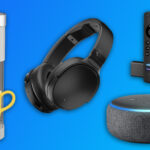 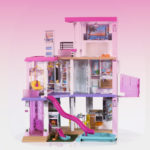 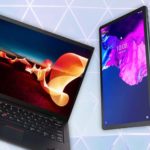