Lowe’s Black Friday and Cyber Monday is a long-awaited event for homeowners that wish to improve their homes. Whether you need power tools for...
Read more
By Oliver Pretl-Drummond
September 29, 2022
0
17486

You’ll find no shortage of Apple Watch deals before Black Friday officially arrives on November 25th, but remember to pace yourself – you could score even bigger savings when Cyber Monday sales kick off on November 28th. Following its usual September tradition, Apple announced the latest generation of Apple Watches on September 7th – right before the holiday shopping season starts picking up. Luckily, this flurry of new releases ensures that newly “obsolete” (yet cutting-edge) models like the Apple Watch Series 7 and Apple Watch SE (2020) will be featured heavily this Black Friday.

Most major retailers feature Apple Watch discounts front-and-center during their holiday promotions, but the most impressive discounts reliably come from Amazon, Best Buy, Target, and Walmart. Here are some of the deals that have appeared so far. Buying refurbished is arguably one of the best hacks for owning high-value electronics. Though you don’t have the option to choose your case and band colors, you trade in that luxury for a pretty hefty discount. The MSRP for a new Celullar Apple Watch Series 7 is $499. With this deal, you can own a new-to-you one for nearly half the price.

To help ease your mind, this device is backed by Walmart’s Restored Program. This attests that refurbished items are professionally inspected, tested, and cleaned by qualified sellers. Your purchase is also protected by a 90-day return policy should anything arise.

The Series 3 Apple Watch recently celebrated its 5-year anniversary since its release in 2017. Its popularity still remains strong after all these years and you can still purchase them brand new from many retailers. Though it is relatively ancient in “tech years,” the device is a great entry-level smartwatch for new users. And that barrier of entry has gotten even easier to overcome at Walmart. Currently, you can get the Apple Watch Series 3 for $60 off its regular price.

Since this has become more of a starter device, you can’t expect it to be loaded with as many features as the Series 7 or 8. This deal is also only for the GPS model, which might be a no go for someone who is looking to be phone-free during exercise. While 8GB of storage was once enough, today’s applicationss are more demanding so you are limited on the amount of apps you can run. These negatives set aside, the Series 3 is still a great stepping stone for anyone looking to get their first Apple smart wearable.

Check out on Apple

Walmart is one of the best places to pick up electronics for big discounts and the Apple Watch is no different. If you happen to have a Walmart credit card, you can save an additional 5% when you use it. Not only do the products come with free shipping, but you have other options to get your product fast like in-store pick-up or free delivery with a Walmart+ membership.

Most of the deals are sold and shipped by the retail giant, but you can also find some gems from other sellers on the site. No matter who you buy from, you have guaranteed buying protection to make sure your purchase goes smoothly. If you are unhappy with your purchase, you can return it within 30 days and some products are even eligible for holiday returns through January 31st.

Target’s Apple Watch deals are pretty modest currently. We can only guess that they might be hiding some aces in their sleeves to reveal closer to Black Friday. However, if you’re looking for the latest and greatest without paying full retail price, you can snag an Apple Watch Ultra, Series 8, or SE (2nd Gen) at a slight discount. Just use your Target RedCard to purchase and knock off 5%.

What is a Good Apple Watch Black Friday Price?

Pandemic-induced shipping and supply chain issues are slowly beginning to improve, which is great news if you’re hoping to get your hands on a discounted Apple Watch — but the discount percentage might be tight compared to previous Black Fridays due to inflation. Stock issues could also be a factor, especially if you’re in the market for a brand-new model like the Apple Watch Series 8.

That said, you’ll have no trouble finding deals — Apple Watch deals are still one of the hottest Black Friday tech gifts of the year. Select Apple Watch SE (2020) and Apple Watch Series 7 models dropped to Black Friday caliber prices soon after Apple announced their replacements. The 2020 SE reached a record-low price of $199, Here’s hoping that retailers keep the pace and offer even deeper discounts on Black Friday!

Finding an Apple Watch on sale is easy, but getting the best Apple Watch deals requires a bit of know-how.

Do Apple Watches go on sale?

Apple Watches go on sale fairly often, but it’s definitely worth waiting for Black Friday if you’re trying to score the lowest price of the year. Older models receive the biggest discounts, though you shouldn’t count out the possibility of a small ($10 to $30) Black Friday markdown on current generation watches, such as the Apple Watch Series 8.

How much can you get an Apple Watch on sale?

Where will the best Black Friday Apple Watch deals be?

Where can you find the best Cyber Monday Apple Watch deals?

Generally speaking, the best Cyber Monday Apple Watch deals are carried over from their respective Black Friday sales. Online retailers like Newegg, B&H Photo and Adorama might have Cyber Weekend special sales, so it’s worth keeping tabs on their Cyber Monday plans while you shop on Black Friday.

Is it worth getting a refurbished Apple Watch?

Buying refurbished is one of the best ways to own electronics, especially high-priced ones like the Apple Watch. As long as you purchase from a reputable source, there isn’t much to worry about. Big online retailers like Amazon, Walmart, Target, and more all offer some sort of protections on refurbished items at no cost to you. If you want a little more peace of mind on your refurb Apple Watch, most of them also offer protections plans or extended warranties for purchase. If your goal is to get the best savings, then this is one of the best routes to take.

What is the difference between the new Apple Watch and the older models?

The Apple Watch Series 8 was revealed back in September 2022 and offered a few minor upgrades on its predecessor. It features a new S8 chip and most of the additions are related to health monitoring like a body temperature sensor and ovulation cycle tracking. The device also adds Crash Detection to its list of features which will trigger emergency SOS in the event of an accident. If these extra features aren’t enticing to you, then you can opt for a capable older generation Apple Watch at a more affordable price.

What is the benefit of having a Cellular Apple Watch?

While the Apple Watch is fitted with all sorts of cool gadgetry, its main purpose aligns closer to fitness. Having cellular on your device allows for Apple Music and Podcasts no matter where you are. This is particularly a big benefit to runners. You can enjoy a nice jog accompanied by music without the burden of your iPhone. If this is a perk you’re into then the extra price and monthly service cost may be worth it.

Should I wait until Black Friday for an Apple Watch deal?

In recent years, retailers have been releasing Black Friday deals earlier and earlier to alleviate the fulfillment pressure of the big shopping holiday. Most of the early sales are pretty decent and you most likely won’t regret buying early. To lessen any buyer’s remorse, a lot of stores have adopted price matching particularly for Black Friday. So if the price happens to get lower when the actual day comes, they will refund you the difference. With these purchase safeguards in place, you don’t really have to wait until Black Friday for the best deals. 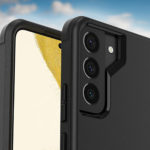 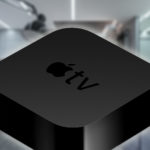 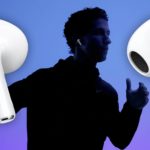 Where to Find the Best Deals on AirPods during Black Friday 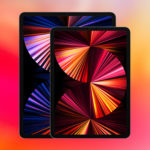 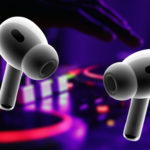 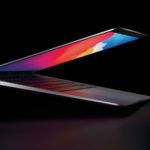