Lowe’s Black Friday and Cyber Monday is a long-awaited event for homeowners that wish to improve their homes. Whether you need power tools for...
Read more
By Oliver Pretl-Drummond
November 22, 2022
0
12024

Black Friday always brings huge savings on electronics, but there’s one item that seems to avoid all the price cuts – the Oculus Quest 2. In fact, earlier this year the headset (renamed to Meta Quest 2) actually received a price increase. That means a standard 128GB model now starts at $399 instead of $299, although it remains one of the most affordable VR headsets of 2022.

Two versions of the Oculus Quest 2 are available. Both offer an identical experience, although one comes with 256GB of storage while the other only offers 128GB of storage. But regardless of which you choose, you’ll gain access to the impressive Oculus Quest library along with all its fancy tech such as hand tracking and haptic feedback.

The cheapest way to join in on the VR fun is with the Oculus Quest 2 (128GB), which clocks in at $399.99. This model offers enough storage for a handful of games and should be more than enough for folks taking their first step into the world of virtual reality. If you think you’ll need some extra storage space for all your games, it might be worth springing for the 256GB model, which costs $499.99.

Only a few deals are available for both models – here’s a look at every way to save money on the Oculus Quest 2 this holiday season.

GameStop has one of the best Oculus Quest 2 Black Friday deals, as you can scoop up free copies of Beat Saber and Resident Evil 4 with your purchase. Both the 128GB and 256GB models are eligible for the freebies.

Amazon is running the same promotion as GameStop, giving you Beat Saber and Resident Evil 4 free with your purchase.

Best Buy is offering a renewed Oculus Quest 2 for $349.99, down from its usual price of $399. It also comes with three months of YouTube Premium, which is a nice added bonus on top of the price cut. But with the above offers, it’s not quite as exciting as it was last week.

Get A Free Copy of Beat Saber With Your Purchase

If the above offer doesn’t catch your eye, consider picking up a new Oculus Quest 2 from one of these authorized retailers to get a free copy of Beat Saber with your purchase. These deals are only running until the end of 2022, so check them out while you can.

There are no foolproof timing tricks for scoring the best Black Friday Oculus Quest 2 deal of the year – we won’t know until sales have ended – but you can’t go wrong with shopping early, tracking prices and knowing the right time to strike.

Will the Oculus Quest 2 go on sale?

How much can you get an Oculus Quest 2 on sale?

Where will the best Black Friday Oculus Quest 2 deals be?

Where can you find the best Cyber Monday Oculus Quest 2 deals?

There haven’t been any noteworthy Cyber Monday Oculus Quest 2 discounts, as retailers often extend their Black Friday promotions through the end of Cyber Weekend. 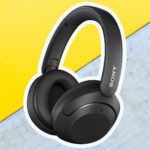 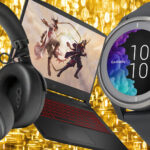